Liberal Democrats have selected Councillor Ade Adeyemo as their Parliamentary Spokesperson for the Solihull Constituency.

Announcing his selection at a recent meeting of the Solihull and Meriden Lib Dems, Councillor John Windmill (Olton), Leader of the Lib Dem Group on Solihull Council, expressed his ‘delight’ at Councillor Adeyemo’s selection, saying “Holding the current MP to account in the current political climate is a tough ask and I am pleased that we have selected the best man for the job”. 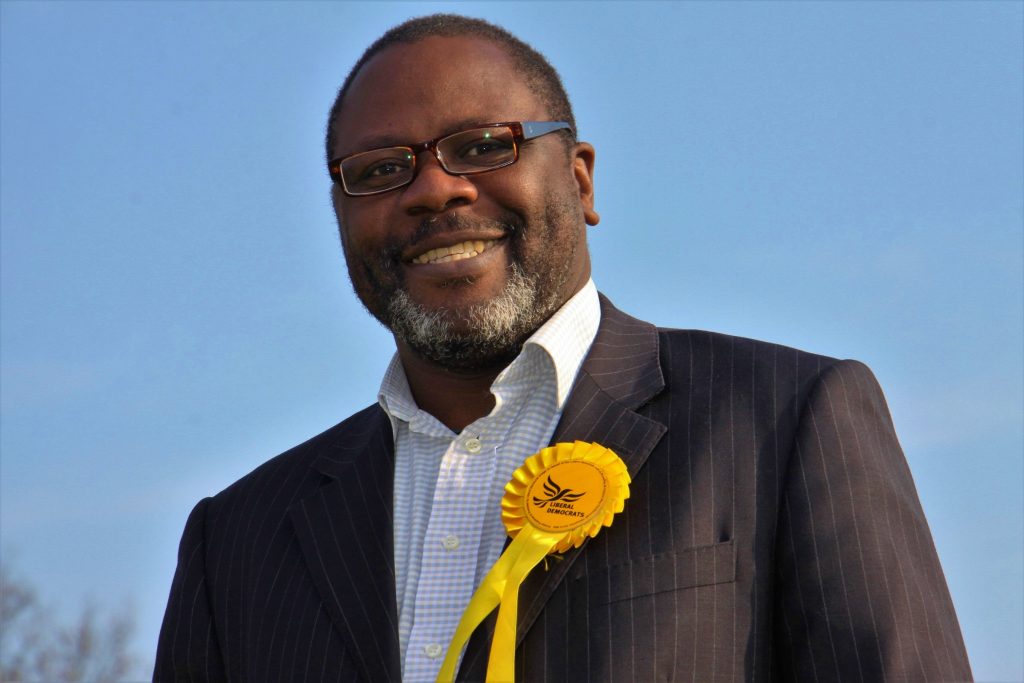 Commenting on his selection, Councillor Adeyemo added “Being selected as the Lib Dem Parliamentary Spokesperson for the Solihull is a massive challenge which I am pleased to accept. It is absolutely essential that we speak up, on behalf of local people, about unfair Tory policies – ensuring that we subject our MP’s voting record (in parliament) to the scrutiny it deserves.

“I am privileged to have had the opportunity of working closely with Baroness Lorely Burt during her tenure as MP for Solihull and I intend to carry on in her footsteps as the local champion for residents as well as businesses in the Solihull constituency”.