Bus users in Solihull are angry at a recent, poorly publicised change which is part of a 6-month trial by National Express West Midlands (NX).

The No. 37 bus no longer stops at Olton Station, instead staying on the A41 Warwick Road and completely by-passing the station.

The trial, which began on May 29th, caught local people by surprise – many of them complaining to local Councillors about the lack of consultation. One of the signs at the bus stop was a laminated sheet of A4 paper, which promptly fell down and spent much of the time on the floor. 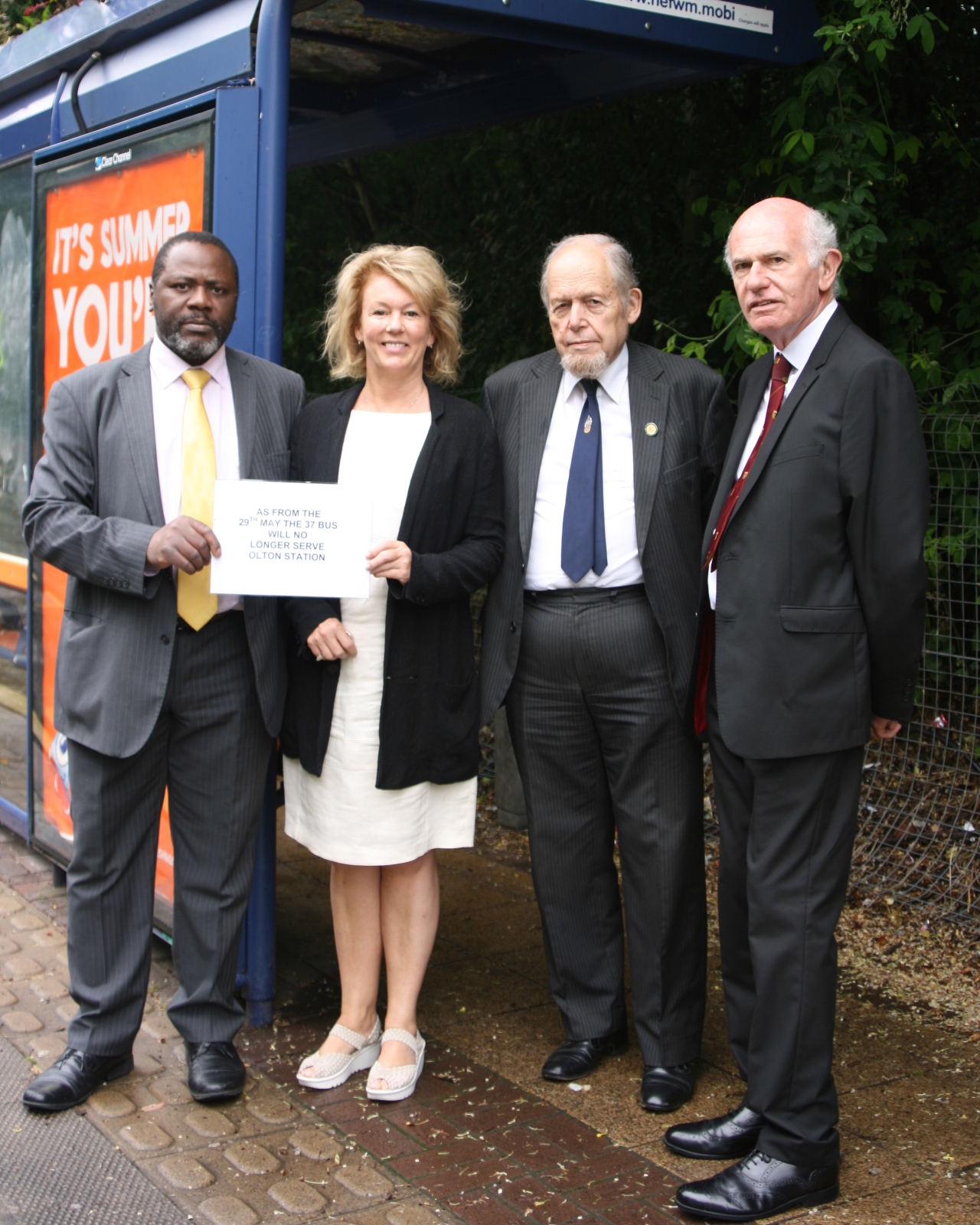 The Operator, NX, is concerned at the time buses take to negotiate Richmond Road, Station Drive and Ulverley Green Road, causing delays especially at peak times. The trial is to see if by-passing Olton Station will result in a significant reduction in Birmingham-Solihull travel times. 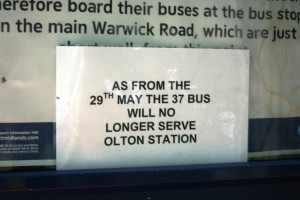 Sign at Olton Station Bus Stop – before it fell off

“Initial signage at Olton Station was extremely poor. Olton Station is one of our transport hubs, designed to encourage public transport use. What effect will removal of the 37 bus, our most frequent, have on the Olton Interchange?”

Lyndon Councillor Ade Adeyemo added, “I am concerned that users of the 37 bus from my ward will now have to walk much further, compounded by the shelving of plans to create a new bus stop southbound, opposite the Rajasthan Restaurant.

“Elderly and disabled passengers will have to walk further, often across busy roads. They’re not happy and feel that their needs are being ignored.

“We sought assurance from Council officers that this is a genuine trial and that afterwards both NX and Solihull Council will make a decision balancing everyone’s needs.”

The Olton and Lyndon teams will be keeping a close eye on this and are seeking feedback at www.solihull-libdems.org.uk/bus37.