RT @mozzasr: Just returned from a thoroughly educational and enjoyable time at @aldc councillors’ weekend conference in Staffordshire. Many…

MPs Should Apologise to Disabled Constituents

MPs Should Apologise to Disabled Constituents 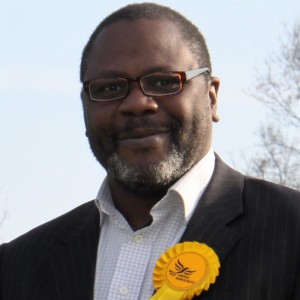 Following the Conservative government’s apparent U-turn over cuts to disability benefits, the call has gone out to MPs in Solihull and Meriden to apologise to their disabled constituents.
Julian Knight (Solihull) and Caroline Spelman (Meriden) both voted in favour of £30 a week cuts to Employment and Support Allowance (ESA) for disabled people. Both MPs voted on March 2nd for sharp cuts to disability benefits, rejecting the call by the House of Lords for an impact assessment into the cuts.
Last week, the Government defended the cut, which applies to new claimants, saying it will incentivise disabled people to find work. However, it was roundly condemned by several charities. However, following the resignation of Work and Pensions Secretary Iain Duncan Smith Downing Street has announced that changes to Personal Independence Payments (PIP) would not go ahead “in their current form”.

Ade Adeyemo, Chair of the Solihull and Meriden Lib Dems, commented:
“I hope that Julian Knight and Caroline Spelman will do the right thing and apologise unreservedly for the distress that they have cause to disabled constituents in our borough. I hope that they will now listen to local residents, who are rightly shocked that disabled people face cuts to what little income they have.

These shameful and draconian cuts by the Conservative government are targeted at the most vulnerable in our society – cuts of £30 a week will cause real hardship to disabled people and I am shocked and dismayed that our local MPs voted for such a measure. If these MPs had devoted some time to meet and consult with local constituents and disability groups, they would have realised the hardship that their actions would cause to our most vulnerable constituents who would be the ones to suffer from these cuts.

It is a shame that it has taken the resignation of a high-profile government minister to make the Conservatives see sense. Despite what they say, we are not ‘all in this together’ and it is not fair that the burden of cuts should continually fall on the poorest and weakest in our society. The economic recovery cannot and must not be at the expense of the most vulnerable people in our society.

I hope that Mr Knight and Mrs. Spelman will do the right thing and apologise for the distress caused”.

Resources:
A List of MPs who voted for the cuts can be found in the Independent web site at: http://www.independent.co.uk/news/uk/politics/esa-wrag-disability-benefit-cut-disabled-mps-vote-tories-iain-duncan-smith-a6918556.html