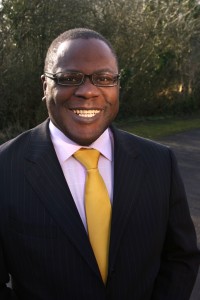 Ade Adeyemo is the Chairman of the Solihull and Meriden Liberal Democrats.

Whatever your views on the composition or legitimacy of the House of Lords, the second chamber of the UK Parliament did exactly what it was supposed to do – scrutinising legislation put forward by the House of Commons and rejecting or sending it back for a “rethink” if the Lords feel that proposed legislation put before them is wrong, unfair or not in the interests of the people of the United Kingdom.

Make no mistake, the current proposal by the Conservatives, which was passed in the House of Commons, will do nothing to address so- called ‘benefit scroungers’ or the ‘workshy’.  Instead, it will punish the lowest paid workers in our country by taking up to £1,000 out of their wage packets per annum.  Changes to the tax and benefits system that may redress some the balance for low-paid workers will not come into force until 2020 at the earliest, which is far too long to wait when you are struggling to keep a roof over your head and food on the table.

I am proud that my party, the Liberal Democrats, led by Tim Farron and our Lib Dem Lords, has been the only party to have taken decisive action to try and stop this unfair piece of legislation in its tracks.  It can never be fair to place the burden of reducing our national deficit squarely on the shoulders of the poorest in our society.

Ultimately, our attempt to totally kill off Conservatives’ Tax Credits Bill was unsuccessful.  However, we managed to convince the House of Lords to send the bill back and ask the Conservative Government “to think again”.

I am quite shocked that on such an important issue for the poorest working families in the UK, the Labour Party has simply sat on its hands.  Perhaps its MPs and Peers are too busy infighting to stop and consider what is best for our country.  It also begs the question, “what is the point of Labour if it will not oppose legislation that will in effect punish the poorest and least paid workers in our society”?

One thing you can be sure about is that the Liberal Democrats will always put our country first and we will continue to do so and hold this Conservative government to account.

Here in The Metropolitan Borough of Solihull, we continue to work tirelessly on behalf local residents and businesses, helping to make Solihull one of the best places to live in the UK.  We will also continue to hold our Conservative Council and two MPs to account, ensuring that the good people of Solihull get the best representation regardless of wealth or party affiliation.