Refugees are Welcome in Solihull and Meriden

As the refugee crisis develops in Europe, I am thoroughly ashamed at the woeful response of the Conservative government. 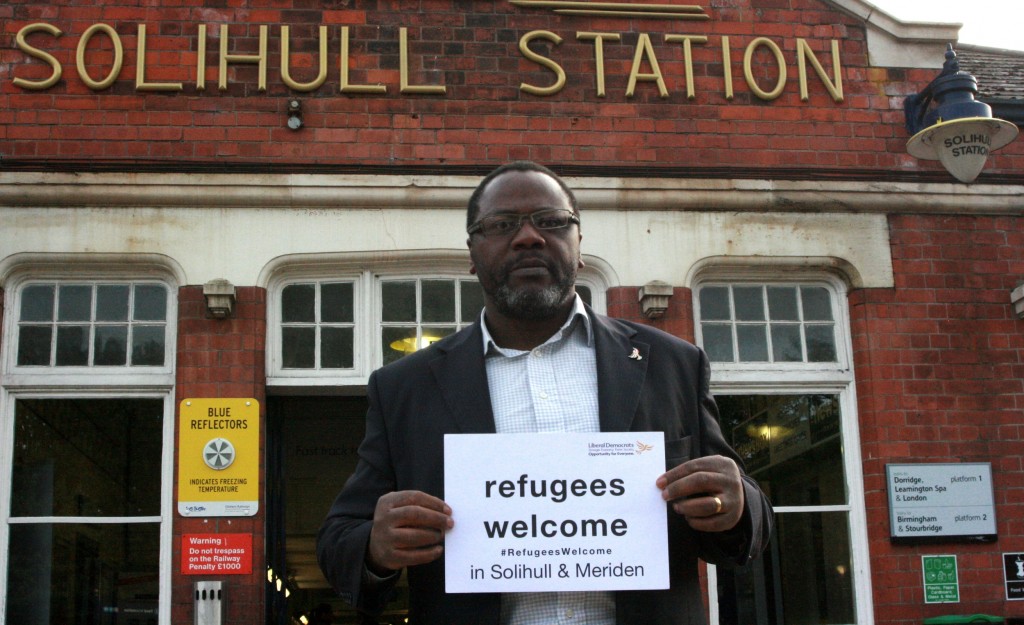 #RefugeesWelcome in Solihull and Meriden

When faced with such issues, we must ask ‘who are we as a country’?  The United Kingdom quite rightly has a long and enviable reputation for fairness and for being welcoming to people who are fleeing from war zones and persecution in their own countries.

That hard-earned reputation is in serious danger of being destroyed by the mean-spirited response of David Cameron and George Osborne to the current refugee crisis.  They do not represent me and the majority of the British people, who have a long history of giving succour to refugees and asylum seekers.  The Liberal democrats have been saying this for several months now but their voices have fallen on deaf ears.

Whilst we can’t take everyone including economic migrants, we must extend our hospitality to those fleeing war and persecution.  It is unreasonable to expect people fleeing from war zones to stay put or seek refuge in countries where they may face further persecution.  What we should be doing is creating safe and legal routes for refugees, ensuring that they have somewhere safe to go.

The UNHCR has rightly applauded Austria and Germany for the positive welcome they have given to refugees and it is time that the UK steps up to the plate and does the same.  We cannot as a country just sit back and do very little as the death toll rises in the Mediterranean and hundreds of thousands of refugees make the perilous journey to Europe.  So far, the number of refugees allowed into the UK has been pitiful and promises to take more have woeful.

What the UK government is now doing is persecuting these people twice over and that is not right.  We must not ‘confuse’ refugees with economic migrants and we must as a country take in our fair share of refugees, with the proviso that they return to their countries once it is safe to do so.

I believe that the good people of Solihull will be happy to accept our fair share of refugees.  I for one am happy to accept refugees here in Solihull and I would encourage my fellow Silhillians to make their voices heard on this issue.  As I write this letter, over 427,000 people have signed the petition asking the UK government to accept more asylum seekers and increase support for refugee migrants in the UK.

Make your voice heard and sign the petition at https://petition.parliament.uk/petitions/105991